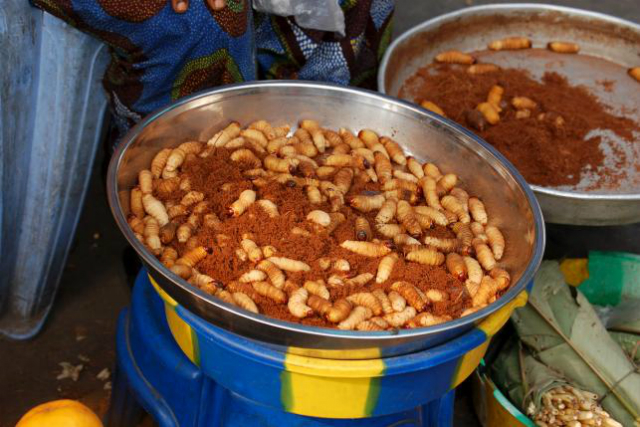 Termites are little vegetable and wood eating insects that cause thousands of dollars in repair costs for many homeowners in Australia, particularly in Sydney.

Fortunately, the possibilities of at least minimising these costs is available by contacting a company that provides building pest inspection in Sydney. Seeking help from building pest inspections company can minimise repair costs and increase safety because they have the right knowledge on how to detect and treat pest infestations.

Termites are pests people abhor. However, some culture may have been treating termites as food and of course, some animals do eat them.

Allow us to present 10 termite-eating animals. 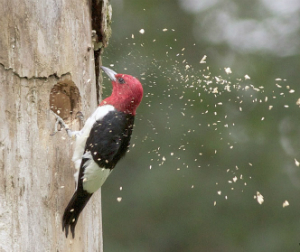 The classic portrayal of a woodpecker pecking away at trees is more than just a cliche. In all actuality, they are busily searching for a variety of pests such as beetle larvae, ants and termites. 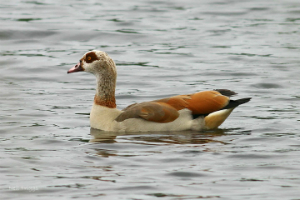 During the spring season, young winged termites emerge from their main nest, flying in large swarms in the hopes of seeking a new home and potential mates. The Egyptian goose is a type of waterbird that feeds on the swarming termites during this season.

Whenever people think of bats, they usually think that their diet solely consists of fruits and nuts. However, you may be surprised at some of the things that it eats such as mosquitoes, blood, and the nectar of flowers. Their diet also consists of termites. 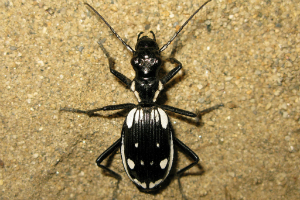 This large predatory ground beetle preys exclusively on ants and termites. Whenever it storms a termite nest, it utilizes its powerful jaw to gooble them up as it uses its leg to kick away any termites that try to ward it off. Additionally, the beetle extracts acids from termites which it can use to spray from its abdomen in an attempt to defend itself from larger predators. 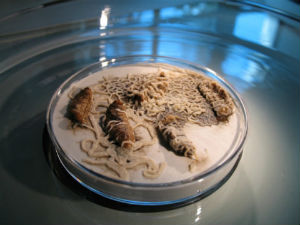 Nematodes are particularly interesting. They are microscopic worms that essentially, infect termites and eat them from the inside out. They are so effective at infecting termites, that many subterranean termite control programs utilize these worms to combat the damages that termites can cause on a garden. 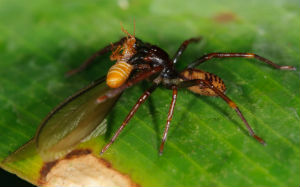 Spiders enjoy a diet of termites as well. They are usually able to trap swarmers (alates) that have been caught in its web. 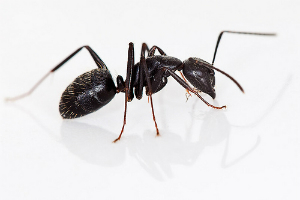 While it may not seem like it at first glance, ants are listed as being one of the major competitors and predators of termites. In fact, there are actually 6 species of ants that actively hunt and eat termites. One of which is the carpenter ant. 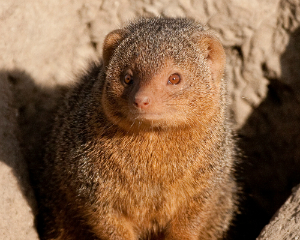 Dwarf mongoose is the smallest of the mongoose species and grows to a maximum length of 7-10 inches. They typically live in social groups of up to 20 individuals and usually establishes their base using numerous caves and termite mounds. However, termite mounds are a favorite due to the fact that it provides when with adequate rooming space and food as well. 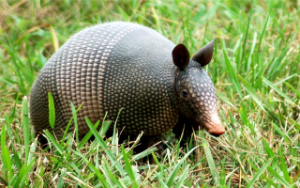 Armadillos have very little body fat and have low metabolic rates. Due to this fact, they prefer to live in warm climate zones such as the rain forest and dessert. It's diet consists of worms, grubs and beetles, but its favorite foods include ants and termites. Their strong legs and sharp front claws help them to burrow deep into a termite mound as to which it uses its long tongue to extract the termites. 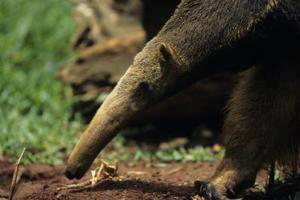 Anteaters are edentate animals, which means that they have no teeth. However,what they do have is a long tongue that is more than sufficient to consume 35,000 ants and termites each day. The anteater utilizes its sharp claws to rip an opening into a termite mound as to which it sticks its tongue in. Its tongue has the ability to flicker up to 160 times per minute, which helps to destabilize the mound as well as to scoop up as many termites as it can. Interestingly enough, an anteater never destroys a whole termite mound, but prefers to return and feed again at a later time.

Did you know that humans selectively eat termites as a delicious treat? In fact, some countries even treat them as a delicacy. In the Luhya community of Western Kenya, they are considered a delicacy, a good source of income and a rich source of protein as well. On occasion, you can find a wide selection of fried insects, including termites, within the local markets during the dry season.